When you assume responsibility for something already so amazing, what room is there to grow and improve? It’s a question that looms large in the minds of Felix and Sabine Eichbauer, and to find their own answer, they immersed themselves into a close, three-year collaboration with Francesco Leanza. Only once they had learned Salicutti’s many quirks and hidden gifts did the duo take full control, establishing a team of highly experienced employees, trusted consultants and good friends.

Their instincts encouraged them to lean in to the switchover from organic to biodynamic winegrowing and follow its consequences to their logical conclusions. They embraced the remarkable microclimate and potential for a self-sufficient hacienda — one that produces power using the estate’s own groundwater and feeds itself with beehives, a fruit grove and a vegetable garden — and opened their minds to the concept of a “Cosmo di Salicutti.”

Felix and Sabine Eichbauer, working hand in hand with Pascale, keep a close eye on the business, whether on site or from Munich. At harvest time, the entire team gathers at the estate to welcome in the new vintage.

Salicutti represents a collaborative effort at shaping a remarkable terroir, a melting pot of grand ideas and individual perspectives. The local team is built around Gianni, the cellarmaster, and Alessia and Mattia, invaluable helpers in the vineyard and cellar, as well as Andrea in the office and Fede tending to house and farm. All are dedicated to the estate’s core principles, and receive additional support from Adriano Zago. 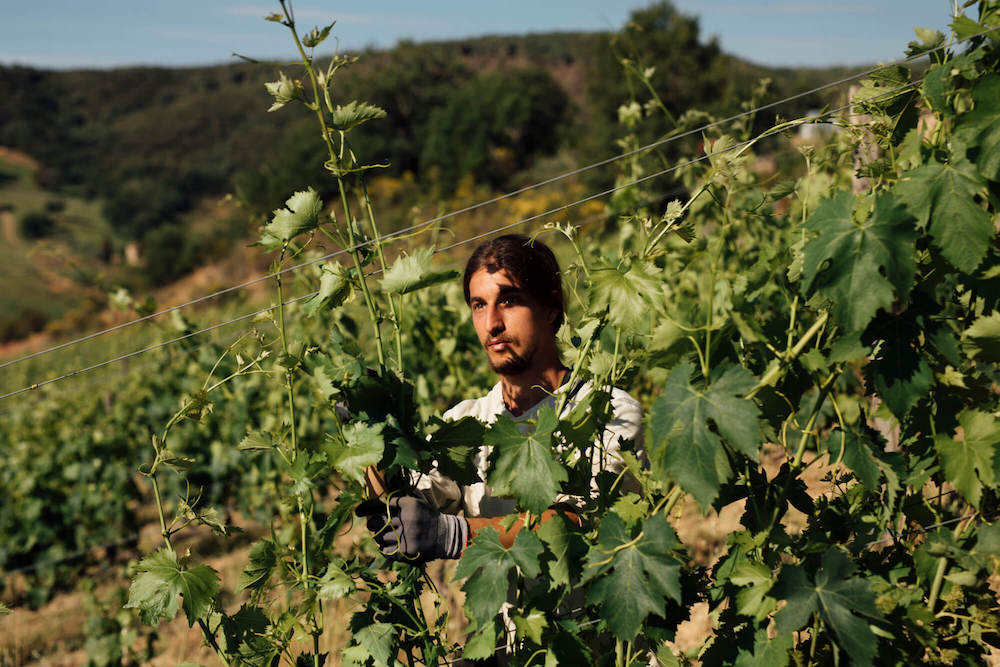 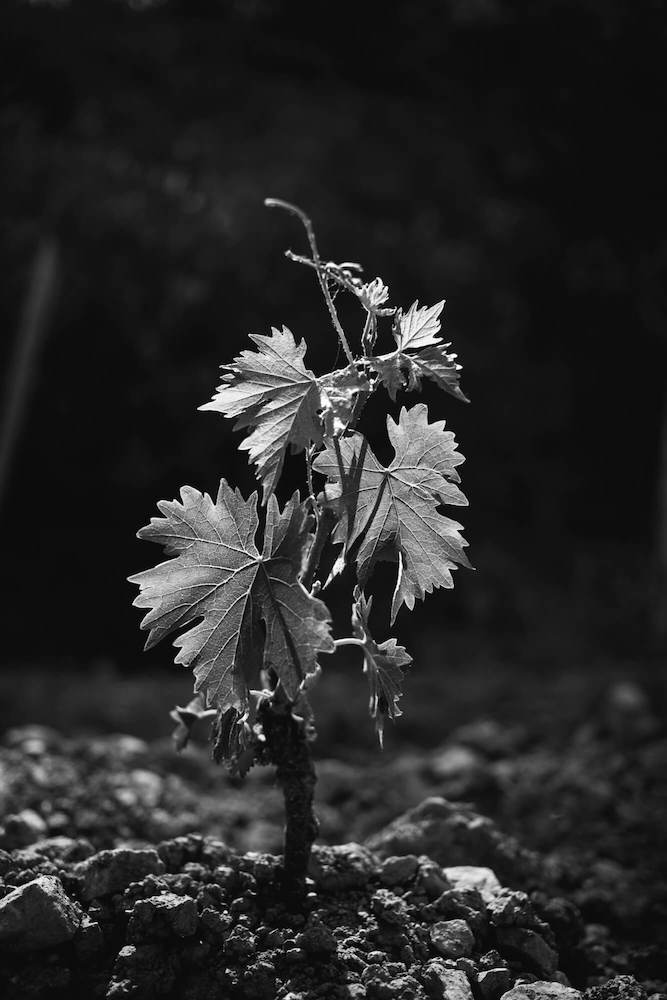 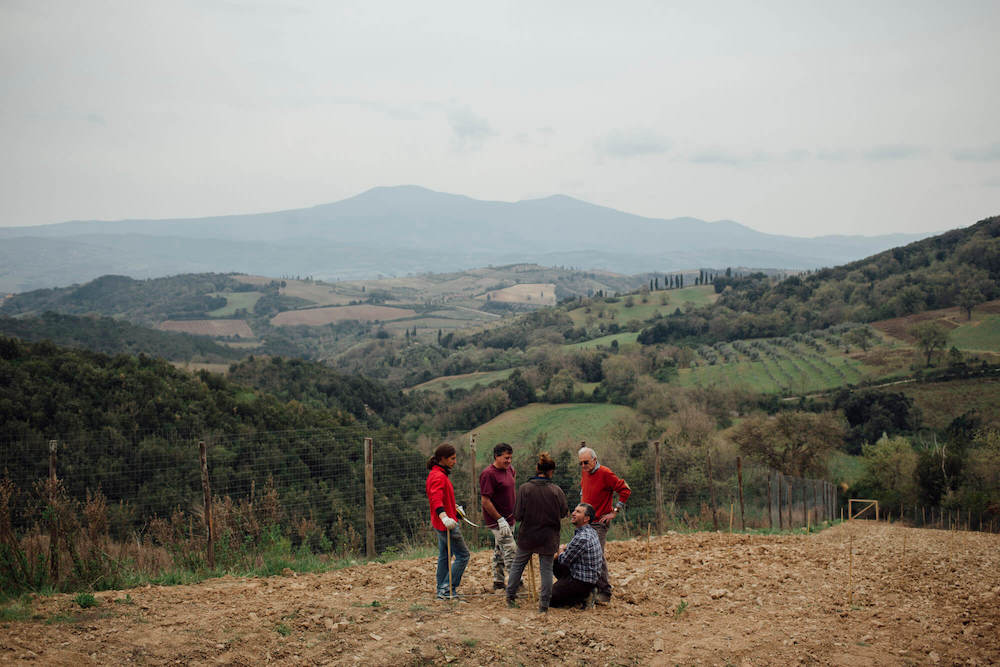 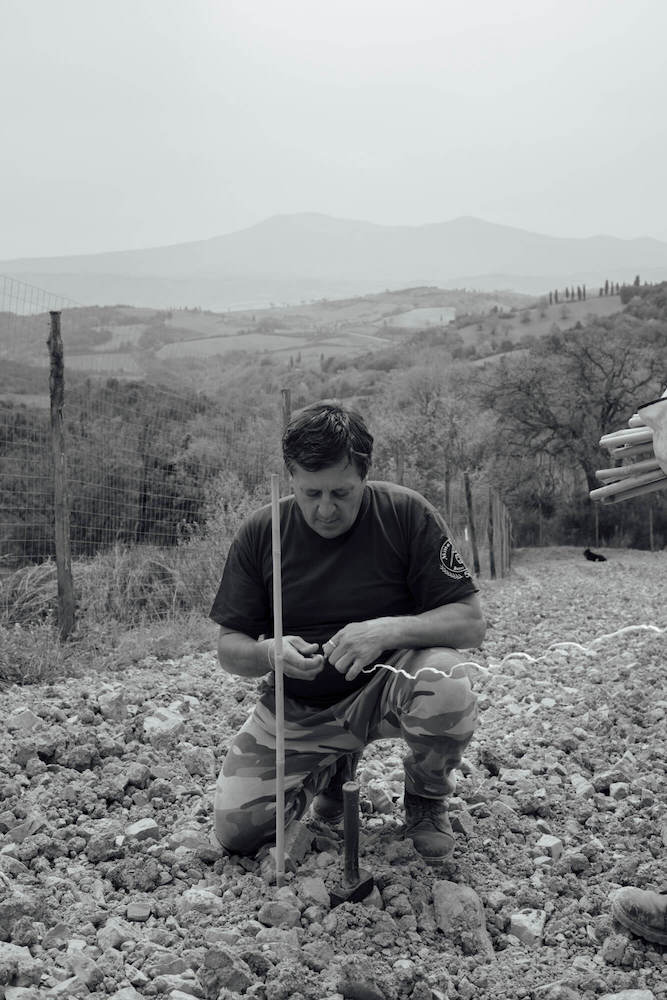 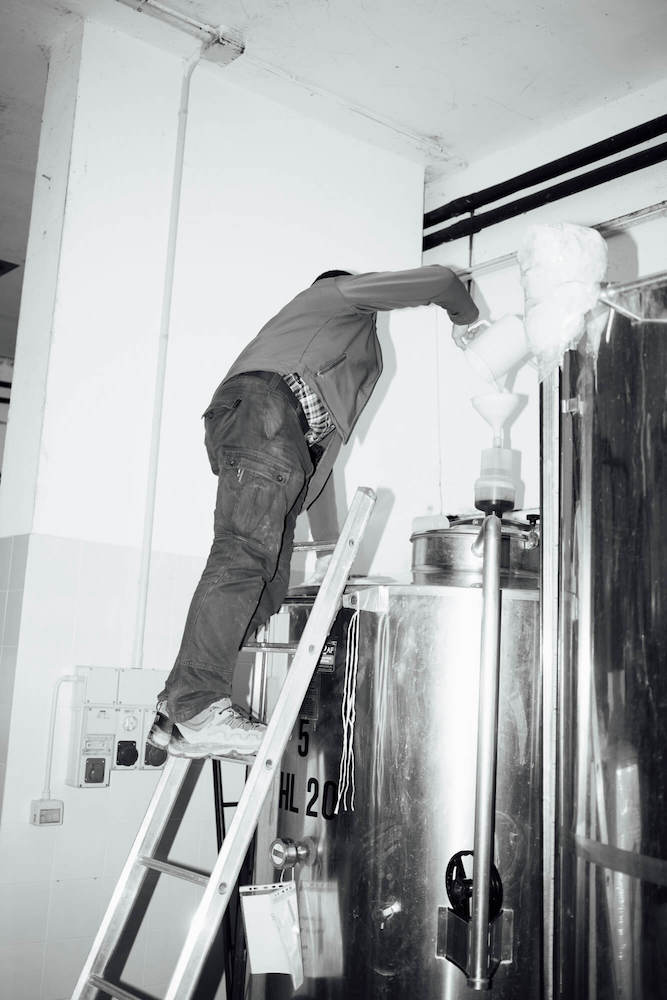 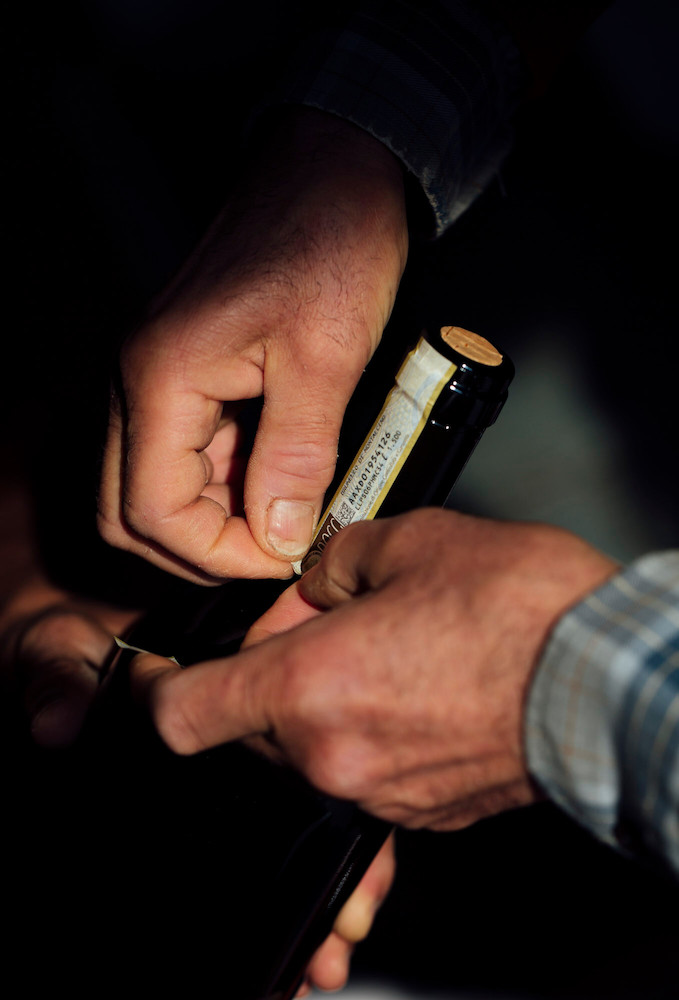 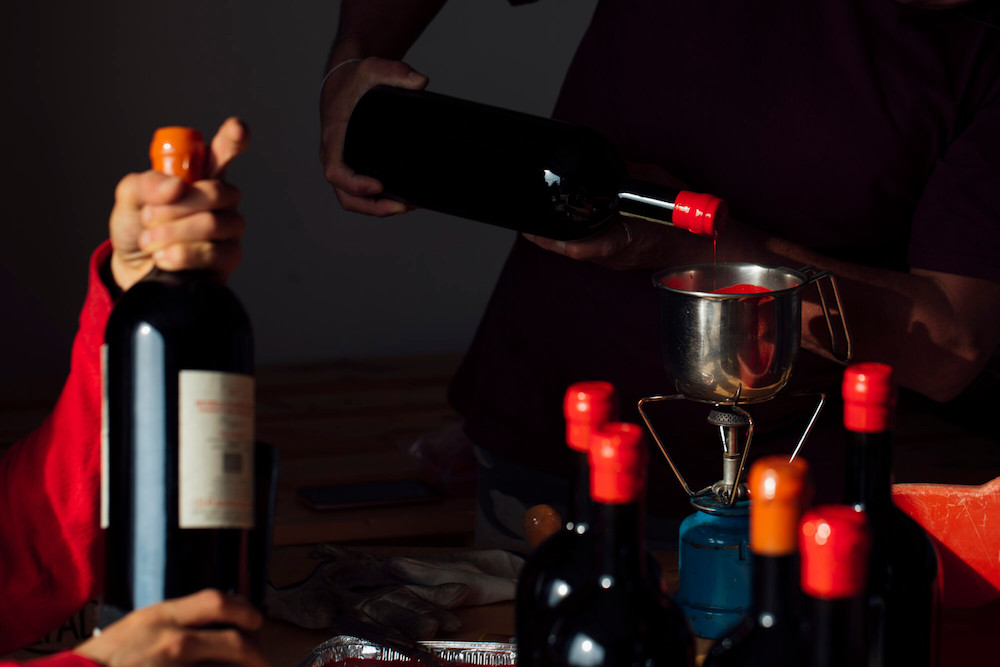 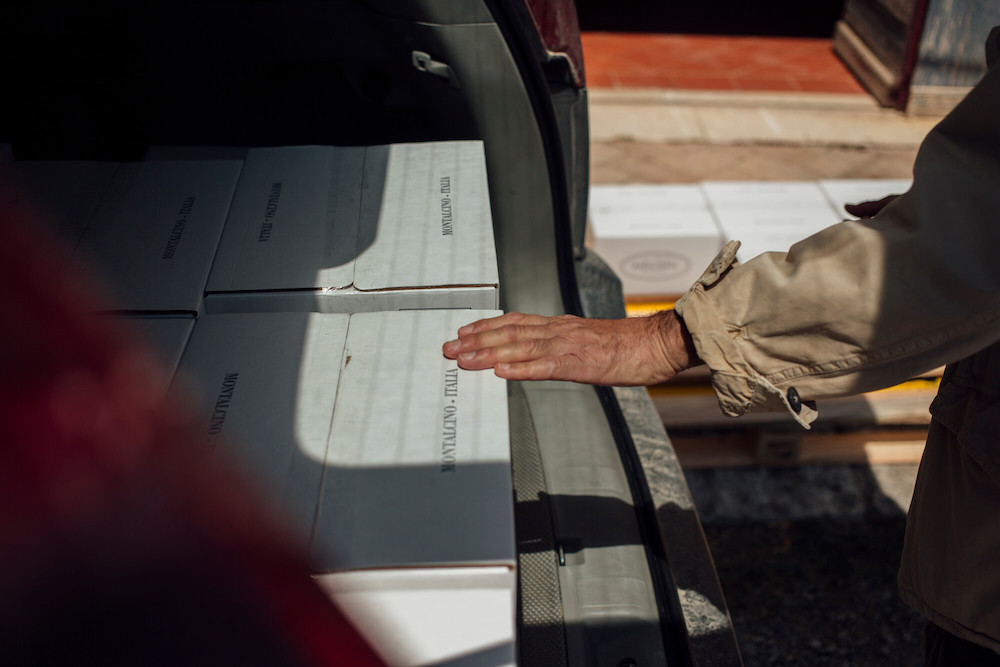 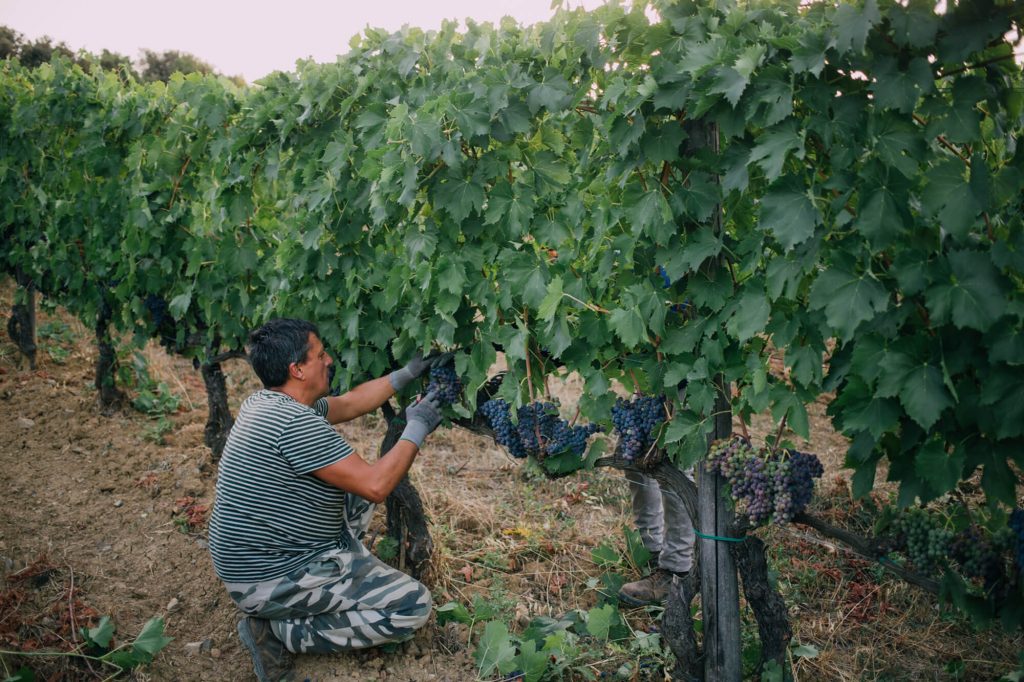 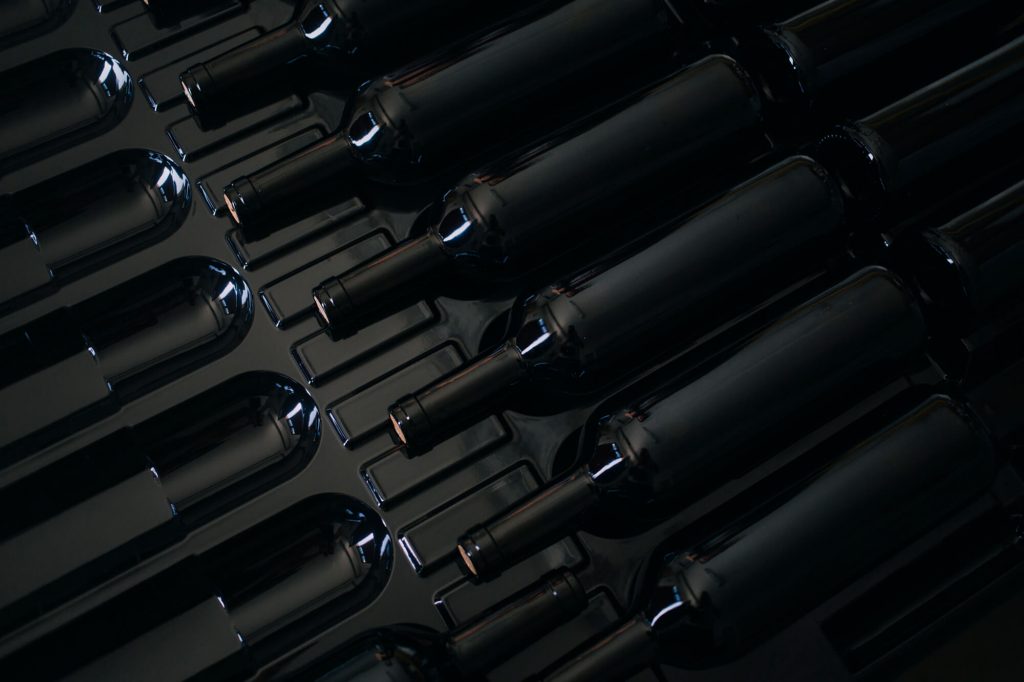 The three crus at Salicutti differ greatly in their microclimate and soil, yet each represents an irreplaceable component of this cosmos ensconced in a forest all its own. For Felix and Sabine Eichbauer, who work in harmony and respect with nature, key differences between the individual sites are clear.

Each of the estate’s vineyards has been classified at the highest available quality designation, Brunello di Montalcino. This affords Salicutti a remarkably privileged position, even by the standards of the region’s most storied estates.

Brunello di Montalcino is pressed 100% from Sangiovese grapes. It is known as a temperamental variety, but in the right hands is capable of giving exceptional voice to its terroir. Brunello thus joins Pinot Noir and Nebbiolo as one of the few truly expressive media for terroir among the grand red wines of the world.

Felix and Sabine Eichbauer firmly believe that Montalcino is best served by embracing the diversity of its sites — not by pushing a uniform Brunello brand. Their own vines, first planted in 1994, have reached the perfect age to transport the true character of the different terroirs found at the Cosmo di Salicutti.

Salicutti’s Brunello tends toward the elegant, with an almost Burgundian touch. Each grape is hand harvested and then subjected to an additional pass on the sorting table before moving immediately to a gentle pressing. In the cool cellars of the cantina — free from intervention or refinement — the wine is gently aged in wooden barrels from the Mittelberger and Taransaud cooperages, stored and reserved in the bottle until ideal maturity has been reached.

In tune with the cycle of the seasons 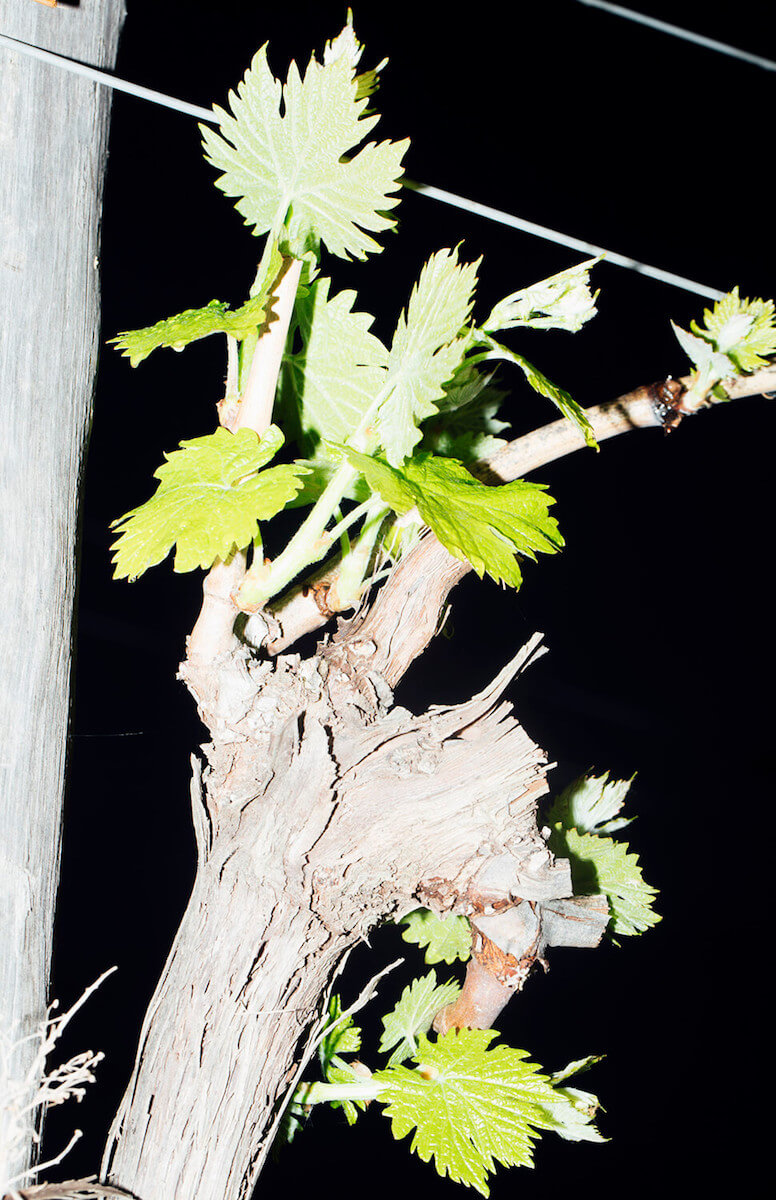 Day and night, summer and winter define the workflows at the estate. When the vineyards are dormant in December, we too take a break. When vines start budding exuberantly from March onward and when the foliage begins to bear fruit in early summer, our lives become busy. When the August heat stops the growth of the foliage and the vines reach their balance, our rhythm slows down once more in tune with nature. The frantic work is replaced by the meticulous monitoring of each individual grape. Waiting for the day of the harvest, we do not only stay alert but also prudent. We cautiously walk among the grapes, moving slowly from one row of vines to the next to test the ripeness of the grapes here and there. It’s a time of great anticipation before October finally brings the harvest, which feels like a deep and redeeming sigh of relief. The cycle of the vineyard is once again completed. For us, however, the next key phase is just about to start: while the vines hibernate, we continue with making the wine in the cellar. We cultivate the must and carve out the typical character of our Sangiovese – until a new cycle starts once more in spring.

When planting the first vines at Podere Salicutti, Francesco Leanza took the intuitive decision to embrace the principles of organic winemaking. It was a matter close to his heart to live and work in harmony with his surroundings. In Montalcino, his winery was a pioneering venture, since nobody else in the area was practicing organic winemaking at the time. Francesco Leanza also demonstrated his decision publicly by subscribing to the official identification and control systems. As early as 1996, he added the according product information on the label of his first Rosso di Montalcino, becoming the first winemaker in Montalcino who was allowed to call his Rosso and Brunello a product “da Agricultura Biologica”.

The new owners, the Eichbauer family, consider this tradition as a most valuable asset and continue to manage the business as Francesco Leanza had intended by maintaining the principles of organic winemaking. The underlying philosophy favors typicity and terroir, two indispensable factors for achieving the quality and character of the Podere Salicutti wines.

Key aspects of our cultivation methods 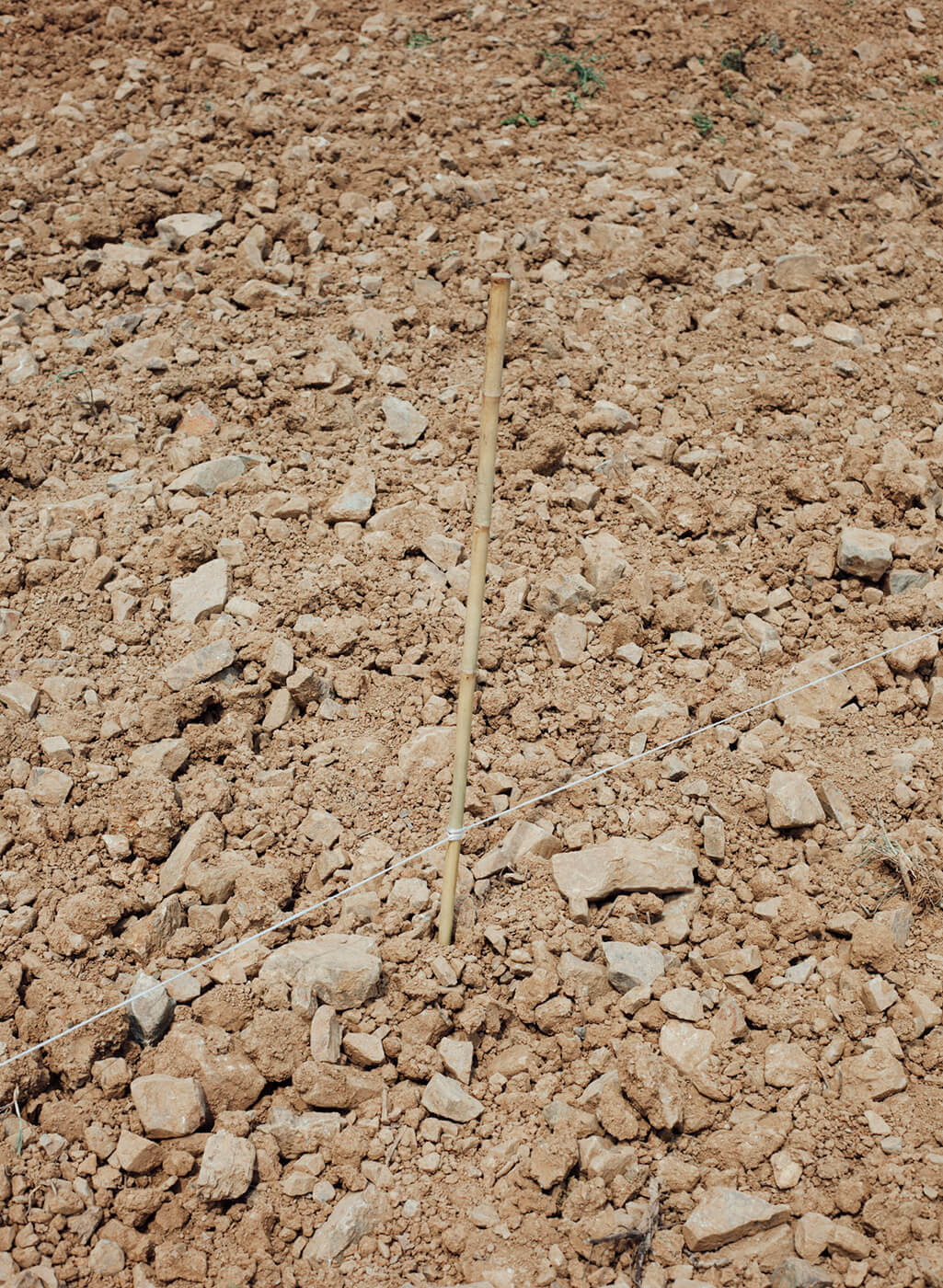 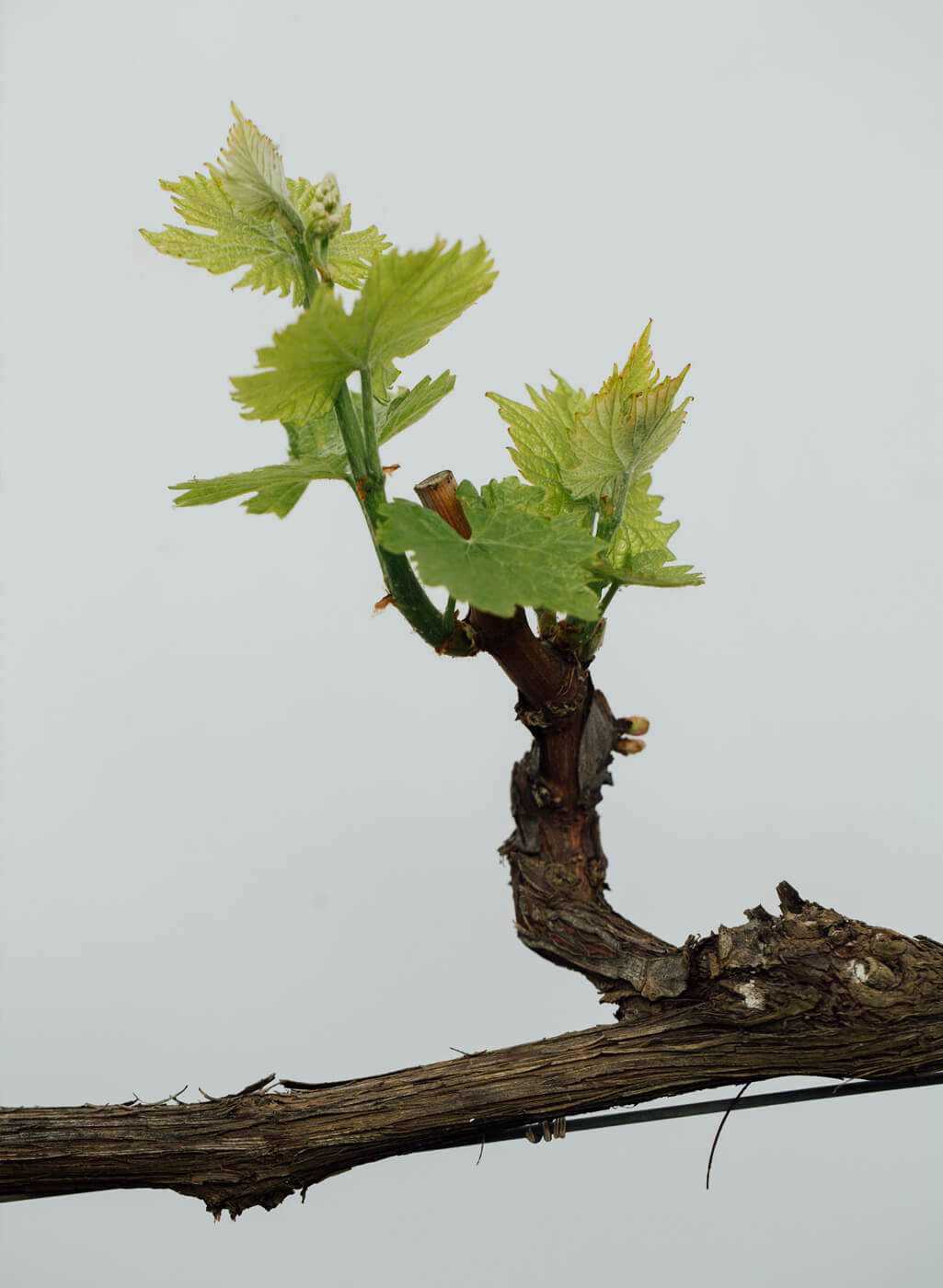 Each of the vineyards is oriented somewhere between south-by-southeast and south-by-southwest and sits at 420 to 500 meters of elevation. The vineyards have a hilly character, with gradients ranging from 14 to 20° and optimal sunshine. This shields the grapes from the cool northern “Tramontana” and “Maestrale” winds, yet still affords good aeration, allowing ripening to continue long and slowly, with no fear of disease.

At just 35 kilometers from the sea, the climate is mild and balanced. The heat of high summer, combined with an extended drying phase that runs up to harvest, is ideally compensated by the soils’ ability to store up rainwater effectively and return it slowly back to the roots of the vines.

The soils of the various sites are typical for the hillsides of the Monte Amiata. They were created primarily as a byproduct of the soil formation for the underlying rock, which belongs to the so-called Austroalpin tectonic unit. The primary formation, comprising sedimentary rock made of clay, sandstone and calcareous sand, is known as “marne.” It is finely layered, easily friable and was created roughly 60 to 80 million years ago as sediment from igneous rock that accumulated on the sea and lake beds. It is typically called Santafiora (or Alberese) stone.

Other types of stone, including clayey-layered argillite and calcareous sandstone, can be found in the Salicutti estate’s eastern ranges.

The soils also include portions of younger stone deposited here through more recent erosion and landslides. Ranging for moderate to high proportions of active limestone, these calcareous soils offer an ideal foundation for the challenges posed by Sangiovese.

To underscore the special character of the different crus, each wine bears a custom label with imagery symbolic of that specific site: “Teatro” bears a copper etching of a Roman theater, “Sorgente” — the spring — shows a garden scene with a fountain, “Piaggione” — the steep hillside — is illustrated by a wild and rugged landscape.

By clicking accept, you agree to the usage of cookies from this website, third parties and other similar technologies used to improve your user experience while exploring this page, to analyze your interaction with our content and for offering relevant ad content on this page and other providers . Please go to this link for further information about your privacy options. You can revoke this agreement anytime.